A couple of months ago we introduced “TIL Fridays” in our team. The idea is to take some time each week to tell each other some things we learned. It was inspired by Thoughtbot’s TIL repo (sadly defunct now).

I’ve put in a standing invite for 20 minutes in our calendar. That’s often not long enough, but keeps it from being a regular meeting. It has been a great activity for the team. I’ve learned something new every time we hold one. 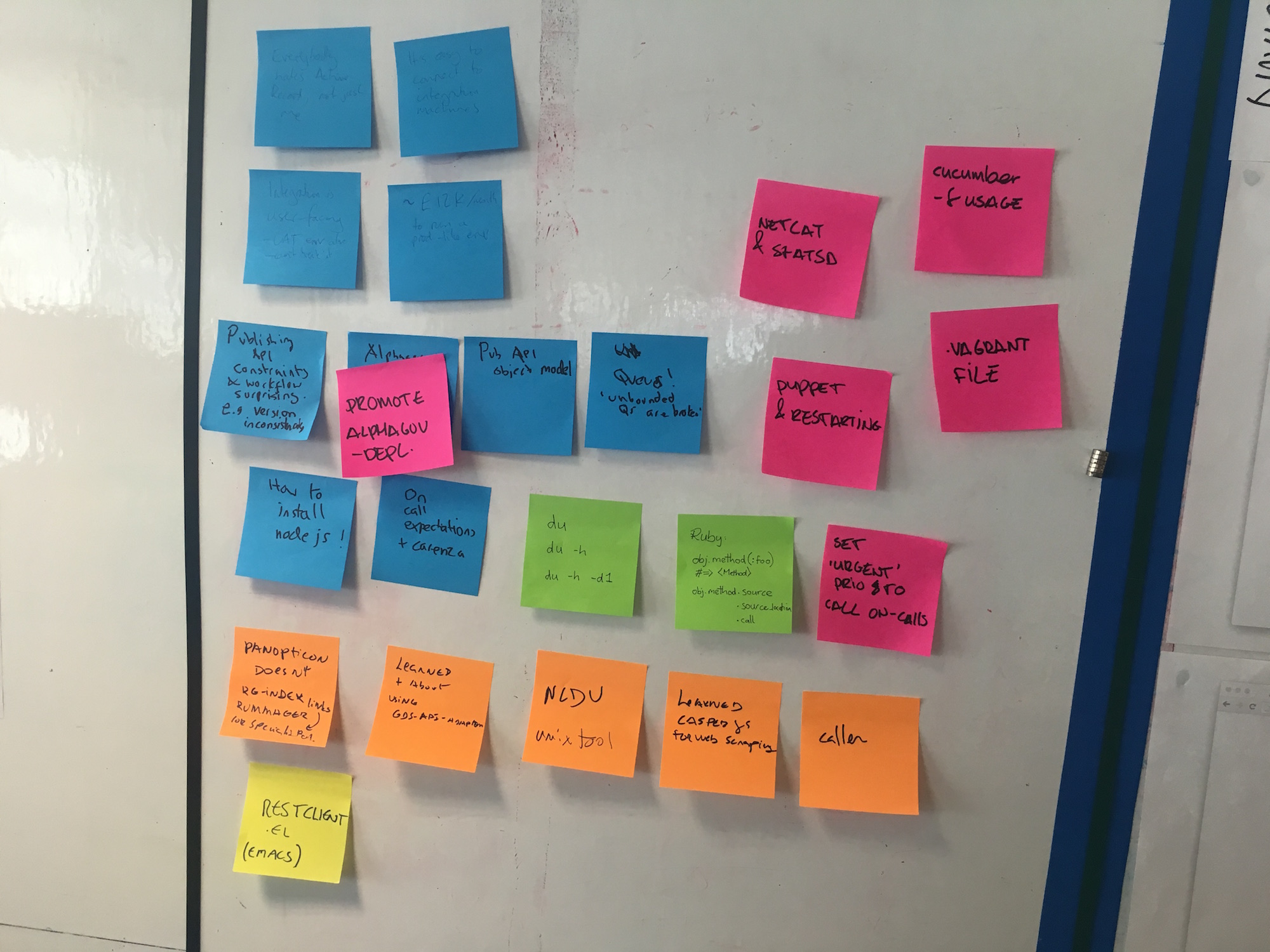 Some of the things we talked about: